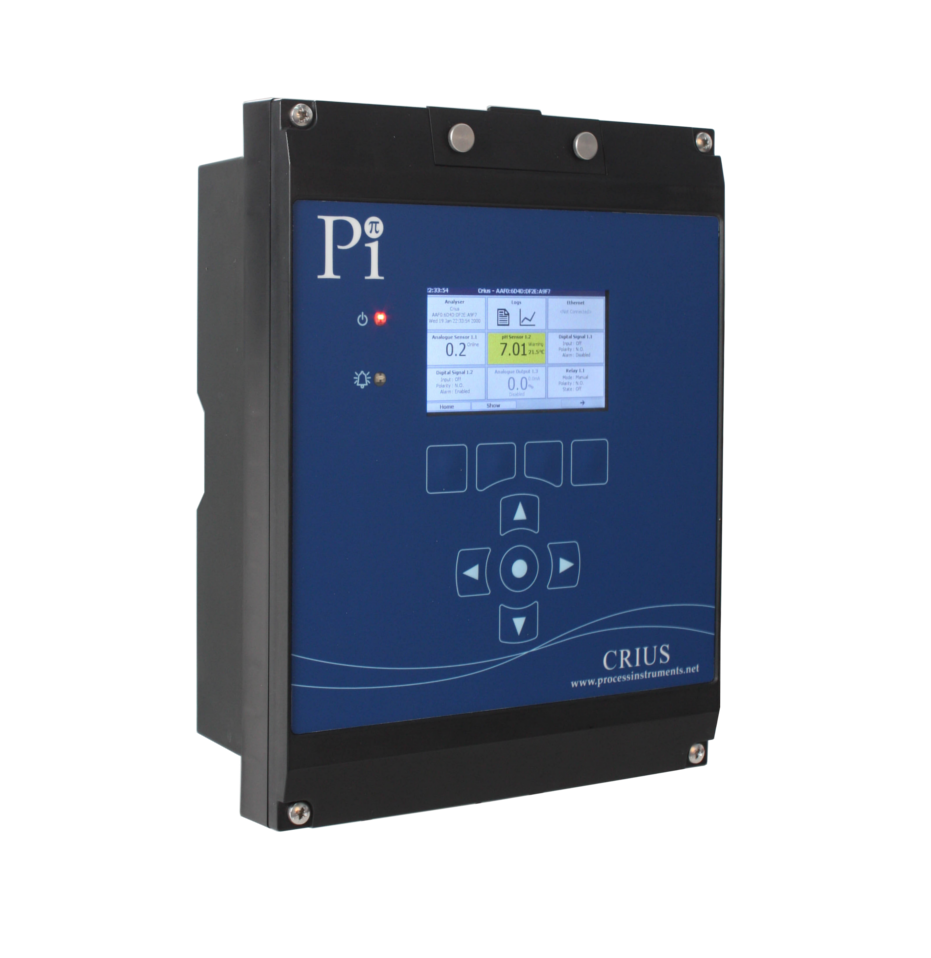 Focus Ons are a series of short articles distributed by email providing technical information regarding instrumentation, process measurement in potable, waste, process and pool waters. If you would like to join the mailing list, please contact us. 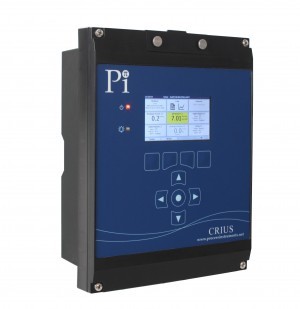 You’ve probably heard the phrases ‘Water 4.0’, ‘Industry 4.0’, ‘Internet of Things’ and ‘SMART and DIGITAL’ but did you know that…

…Pi’s CRIUS® controller is already set up for all of these things?
…Pi already has SMART and DIGITAL installations all over the world?
…Pi works as partners to many multinational organisations to provide their remote access, remote comms and SMART technology?

So what is Industry 4.0 (and Water 4.0 and the Internet of Things and SMART and DIGITAL technology)?

Simply put the concept is that we are currently living through the 4th Industrial Revolution.

The first was mechanisation, (what we currently think of as the Industrial Revolution), so steam engines, Spinning Jennies, railways, canals and factories in the 1800’s.

The second was the age of mass production so; electricity, the production line, etc., largely in the first half of the 20th century.

The third was computers and automation, in the latter part of the 20th century, and the fourth?

The fourth (Industry 4.0) is about ‘SMART’ factories. (The original use of the expression Industry 4.0 was by a group of advisors to the German government who presented their advice in 2012). Industry 4.0 is about making factories as SMART as they can be. That is having assets (machines, people, robots, AI, cyber technology etc.) all communicating with each other.

The main principles put forward were based on;

So what is Water 4.0 and SMART and DIGITAL?

Water 4.0 is simply how this technology and philosophy will be implemented/will affect the water industry. There are some clear outcomes from the above… more sensors… more modelling… ‘SMARTER’ instruments, controllers, pumps etc..

These terms aren’t quite as well defined as others. Generally it is accepted that SMART is the increasing sophistication of equipment to make decentralised decisions. For example, in 1990 a chlorine analyser measured chlorine in water, gave out a 4-20mA output proportional to the chlorine and a couple of relays. 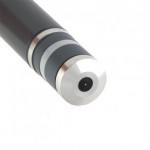 Now the CRIUS® HaloSense (fully Water 4.0 developed) can provide the 4-20mA output and the relays, but also has multiple digital comms options (INTEROPERABILITY), has space for up to 16 sensors (INFORMATION TRANSPARENCY), has wireless and wired internet access (TECHNICAL ASSISTANCE) and full PID capability with remote setpoint, i.e. another device can set the setpoint (DECENTRALISATION). So SMART technology is the technology that allows for the implementation of Industry 4.0 or Water 4.0. DIGITAL tends to refer to the comms capability.

So what is the Internet of Things or IoT? 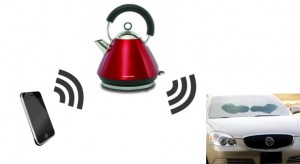 When the previous Industrial Revolutions happened, the technology and concepts spilled over into the consumer world from the business/manufacturing world. With Industry 4.0 it is beginning to be the other way around with consumer demand for the internet, and mobile phone technology, driving the technology. If we assume that in this Industrial Revolution the same thing will happen, then the Internet of Things refers to all devices we use all the time talking to each other and making their own decisions.

Imagine your mobile phone waking you at 6am and telling your kettle that turns itself on at 6.20am, which tells your car that starts itself and defrosts the windscreen at 6.30am etc.. etc..

Not convinced that we are in a new Industrial Revolution?

Consider this…… perhaps Industrial Revolutions are only identifiable in hindsight?

And what does it matter? Well from Process Instruments’ point of view, it doesn’t. As long as our products are leading the way in providing our customers with what they need to enable their own Industry 4.0. 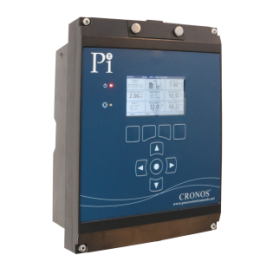 This Focus On describes the 10 most popular innovations to be found in Pi’s new CRONOS® and CRIUS®.

Both the CRONOS® and CRIUS® analyser/controller has a downloadable human readable service log – giving an entire history of the instrument including current settings, calibrations etc. Provides a great snapshot of how an engineer left an instrument.

Ever had to set up many instruments with the same settings? Simply set up one and copy it to others!

No. 3 – On screen wiring diagrams

Lost the manual or can’t be bothered to find it? Pi’s analysers have the answer!

Pi’s new sensor maintenance pages are just for you then! Detailed information about all aspects of the signal coming off the sensor clearly available.

No. 5 – Instrument datalogs not quite giving you what you need?

Pi’s new look datalogs in CRONOS® and CRIUS® (downloadable) let you datalog almost everything, put graphs on the display, datalog the same parameters at more than one interval and a whole lot more. Never has instrument datalogging been so easy and complete.

The new enclosure brings a new level of flexibility being wall mountable, pole and handrail mountable and even flush mountable. Not only that, but it gives you loads of room to work in and there are even spare live, neutral and earth terminals to make wiring relays easier!

Don’t worry, simply daisy chain 4 CRIUS® together and you can use the same display, comms options etc. and increase your I/O fourfold to give up to 16 sensors.

No. 8 – Bored of reading about stuff in manuals that you don’t have?

Pi’s new manuals are bespoke to each instrument. The manual is ‘built’ to match each individual instrument so the manual only has what you have!

No. 9 – Has the operator been messing with settings they shouldn’t?

No more! With 20 individual user settable logons, you can give people access to what they need and no more.

You probably know that Process Instruments offers a cloud based remote access service for our CRIUS analyser, but did you know that…

…nearly everything you can do in front of the analyser you can do remotely?
…we have been working closely with our customers to bring you an even better service?
…a lot of our customers have seen the number of engineer callouts drastically reduce, saving them time and money?

Pi has always been a leader in developing new technology and have had a remote access system for over 10 years! The latest iteration of remote access is now a key part of our solution toolbox. Here are some of the features of our remote access: 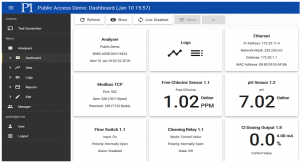 User interface – The interface mimics the analyser, making the data and other features easy to find. Anyone already familiar with the CRIUS® analyser will already be familiar with remote access. Anyone requiring training can now be trained remotely using remote access and Skype.

User control – Each user has their own customisable access rights for what they can view and change on the analysers. This is set by the ‘parent’ user.

Speed – The service now runs around 50 times faster than its predecessor, allowing users to connect and download the current sensor values and settings in under 30 seconds (test performed on CoagSense coagulation controller with 27 different devices such as sensors!).

Reduced data costs – By making the connection between the server and analyser more efficient, Pi has reduced the amount of data required for nearly all tasks thereby significantly reducing costs.

Customer branding – On request, Pi can brand the remote access theme to promote a customer’s brand. 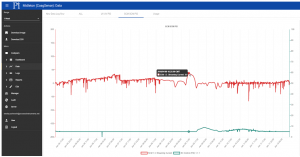 Data analysis – The graphical interface is a powerful and flexible tool for viewing your sensor data. The way we handle your analyser’s data means that every single data point is stored in the cloud, allowing a user to download 3 months’ worth of data with a single click.

Password reset – If a password has been lost or forgotten, a user can enter their email address into the password reset function which will then email a list of instructions on how to reset it.

Data limit – Users can now limit how much data each analyser can use per day, meaning no more unexpected data costs.

The remote access service has always been designed to save you time and money by allowing you access to the analyser and its data from anywhere in the world. Now remote access can assist as a tool in doing a lot more:

But what about security?

Each user has their own username and password. This means that what they see and what they can do can be customised so only authorised users can make changes.

How are the analysers and customers managed?

If a user creates a group, then they become that group’s ‘parent’. The ‘parent’ of a group creates the analysers and users for that group. If a user is a ‘parent’ to more than one group, they will also have the ability to create users that can access multiple groups from a single user account.

Norwegian companies continue to innovate in many industries such as aquaculture and wastewater treatment, and Pi’s distributor has recently been exploring ways in which Pi’s technology can be applied to […]

In February 2019, Pi welcomed Craig Bradshaw from AllPronix for a week of advanced product training at the head office in Burnley, UK. Craig is the product specialist for Pi […]

Process Instruments (Pi) have signed a new distributor agreement with EquipSolutions, ensuring a continued relationship for years to come. EquipSolutions (EQS), based in Illinois, USA, has been serving its customers […]

Process Instruments (Ireland) has recently supplied several multi-parameter analysers to Murphy Process Engineering Ltd. as part of a disinfection project in the Counties of Carlow, Wexford and Kilkenny. Tim Harte […]